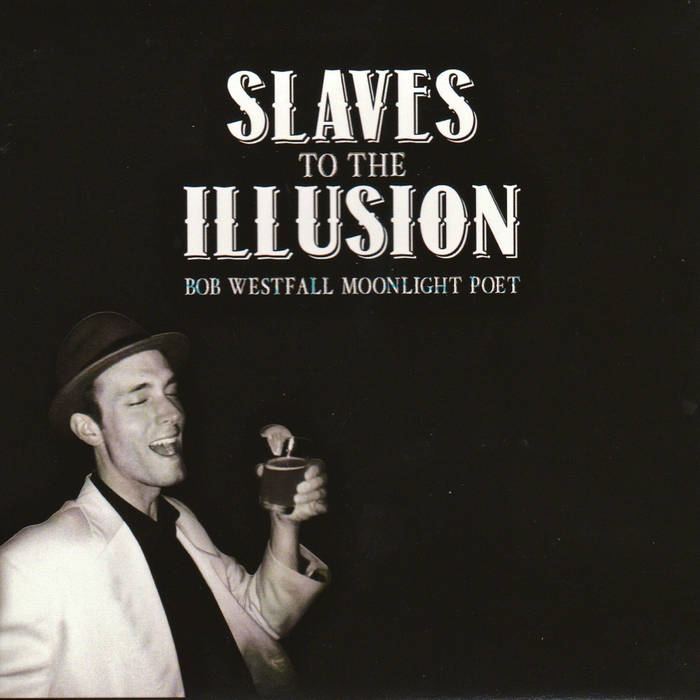 SLAVES TO THE ILLUSION – an explanation
The recording of the album’s basic tracks began in a tiny apartment in Yecheon - a countryside town in the middle of South Korea, during the summer and fall of 2015. However, the bulk of the recording and mixing was done in a cabin overlooking Green Lake, near the town of 70 Mile House, in Canada, between April 2016 and September 2017, when I wasn’t on a cross Canada tour or trapped in the outskirts of Vancouver, bogged down by rain. Recording and mixing the album involved months of solitude and social isolation, as I worked daily to complete the album before moving to Thailand.
Slaves To The Illusion is the great work of art that will be appreciated by few; an album too serious for the average listener. It is a reflection of the energy of paranoia screaming through our universe at this strange period in time. It regards things like mass media; the slaves and sheep we become. Illusions. The illusion of freedom, of democracy, of time, of laws, of rules, of intelligence, of privacy, of currency, of success, of truth, of life and death, of longevity, and of other things. The illusion of things that appear to be real. It regards humans drifting farther from the Soul and the natural goodness of the Spirit. Addiction to the dollar. Materialism. It regards the accelerating pollution of oceans, land, air, and minds. It mirrors the idea that one can die in a crowd and be left alone, while selfie-shooting narcissists trip over the corpse without looking at what caused the stumble. It regards creatures devoid of soul in an increasingly spiritless world. It regards greed and hypocrisy, and the monumental influence they have on our existence.
Smartphone/technology addiction. Brainwashing in so many forms. People being told what to like without realizing it. The loss of humanity’s ability to think for itself. Stuff and things like that.
On second thought, it’s a happy album; an album to be played at the birthday parties of children wearing plastic hats and releasing helium-filled balloons into the sky.
It is an album that must be listened to at high volume while sipping whiskey. I recommend Wild Turkey Bourbon. I do hope you will enjoy this fine work of art.
- the rambler, the gambler, the Moonlight Poet - Bob Westfall.
October 21, 2017. Koh Samui, Thailand.

Sometimes I can't help but wonder
Is this world anything but a prison?
I'm getting everything but younger
And I wonder, am I really living?
I feel chained to the progress of man
Enslaved by the illusion of money
Western civilization is a joke
No longer funny.
Round and round I spin inside
A system designed to fail
The politics of a one track mind
Has left the body frail.

Can't trust what I hear
Can't believe what I see
I've been programmed to fear
The freedom inside of me.
Praying for the savior to come
The human race is on its knees
Trapped under the thumb
Of big oil companies.
Looking out at the moon and stars
Where everything is equal
We put robots on Mars
And refuse to feed our people.

Seven billion and rising
The last thing this world needs
Oh, it's not surprising
Is another mouth to feed.
Sometimes I can't help but wonder
Is this world anything but a prison?
I'm getting everything but younger
And I wonder, am I really living?
Darwin, God, or indifference?
Ponder the thought instilling
The reality of our insignificance
Is thrilling.

Who are you? Who am I?
We'll know soon as we die.
All we are is distracted
We don't want to think our own thoughts
We gambled on a ticking time bomb
All we left ourselves were tombstones in our eyes.

Who are you? Who am I?
We'll know soon as we die.
Meaningful interactions are becoming hard to find
But I just fell in love with the kindness of a stranger
Tonight we took the time to smell the autumn air
We surrendered to the universal mind.

Pull the brain out of my head
Shake off the dust
Give me a woman with scars on her wrists
Someone to trust
Scrape the sorrow from my eyes
Got to escape from the house of sighs, and then
Hit the road again.

Bury the thoughts screaming in your skull
Or they'll lock you away
Vaporized for a nervous tic
Before the light of day
Billionaires police the mind
For anything more than a childish rhyme of pretend
Hit the road again.

Visions of the grave terrorize the dreams
Of a desolate few
I gave birth to a grenade in a spiritless world
And then it blew
Pieces of memories scattered around
Leaping from the coffin, six feet underground, blood-stained
I hit the road again.

I have wandered the daytime, I've longed for the night
Being haunted this way, I am wrong or I'm right
You have money, you know Jesus
You seem funny to non-believers
When the earthquake hits the city
And all the dreams come down
We'll stand together in self pity
Wondering what we'll do now
For tomorrow may not come
This could be the last time we see the sun
I should go home and hug my mom
Tell my dad I'm proud to be his son.

Fear of this, fear of that
Fear is power
Control me.

I try to run, I try to hide
But it will not
Let go of me.

I need you to fill the void in my life...

They're feeding me lies, wasting my time
Turning my brain to dust
Blinding my eyes, hypnotized
My bones have begun to rust.

Mindless little screen stealing my dreams
My feelings are being numbed
It's not just me, but more so we
Being systematically dumbed.

Hopelessness consuming the collective unconscious
Sheep of the earth sense the wind blowing in the wrong direction
The future looks bleak through the eyes of the sheep
A universe raped of purity
Like a bad dream they can't leave
The sheep are numb and swallow technological tears.

Journey began like a fire in the wind
Seeking austerity and cleansing of sin
Escape from possessions and the weight of the knife
Freedom from the confines of everyday life.

Lived in a place that's afraid of change
Year after year it just stays the same
A caged reality, a loser's roulette
Some nights victorious and some a slow death.

So I took off to the holy land
Searching for the holy man.

I tried to kill the internal dialogue
Live like a stranger in the eye of God
A demon in the sky cried "Extinguish yourself!"
I stumbled through the darkness and became someone else.

The cosmic mother Kalima
Drank my blood in a mandala

I awoke in the cremation grounds
Wearing the ashes of the dead
Shadows cloaked the pariah
With devils dancing in his head
Tiny skulls thrown over cemetery walls
In a moment of lucidity, Kali came to call...

Take your begging bowl of dried human skull
Nourish the monk who has died and done it well.

So I took off to the holy land
Searching for the holy man.

Everybody knows the end will come
But they don't like to talk about it
Everybody thinks happy thoughts
But how long can they fool themselves?

Tomorrow never knows what tomorrow holds
Live life day to day, watch time fade away
Looks like it's safe to say, we are not here to stay.

Well, you know it's sad but true
We lead temporary lives
But ah, what the hell. What can we do?
We were born to grow and grown to die.

Tomorrow never knows what tomorrow holds
Live life day to day, watch time fade away
Looks like it's safe to say, we are not here to stay.

I'm pretty sure it's safe to say
We are not here to stay.

We will spin the world in our fingers
We will laugh in the face of the future
And dance madly
Above the darkness.

When the end comes as it surely will
You will be ready to go
Leave your money behind
You won't need it anymore.

When all that once held meaning
No longer holds your soul from flying
You will leave all you've known
With a satisfied mind.

When the lessons you never learned
Come into play and demand perfection
You will testify to your ignorance
On the subject of reality.

Tasty gems from around the world, plus interviews with Kaitlyn Aurelia Smith and Nick Hakim.